The eagle and the snake are a symbol on Mexico’s flag, whose origins are unclear (reminding me the origins of “gringo”). They are also the title of a revolutionary novel, written by Martín Luis Guzmán, published in 1928. The Mexican Academy of the Spanish Language asked Susana Quintanilla to compile a critical edition of El áquila y la serpiente. Today, she presented a moving account of the effort involved. During her talk, she showed what looked like a published book, although I couldn’t find evidence of its existence online.  I can only recommend, instead, her article in Letras Libres (in Spanish). 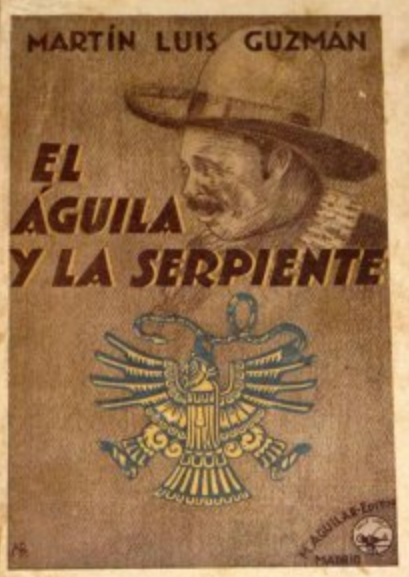 Susana Quintanilla spoke about her love of books – both their literary content and the physical entities, the paper, the typography and all they entail. Although she made no explicit mention of her devotion to Mexico – I think the conclusion that her deep love extends to her country and its history is inescapable. The fascination of how she and other children used to place the peso under a thin paper to copy the eagle and the snake by gently stroking back and forth a pencil gave way to a painful admission of a generalized devaluation of the ‘Mexican peso’ during her lifetime.

It is not for me to argue against her underlying cry – after all, the people of this land have lots of issues to resolve, not least their economic subjugation to the North. Yet I contrast the two hours spent with Susana, as a concrete example of present value encapsulated in the national symbol she used for the cover of the first critical edition of its Mexican classic, edited by an educated woman of the modern era.

Well done and what a pride for Cinvestav.

Today was a good day for me in many other ways, such that I felt the urge to record a thank you note to the institution I am part of. Susana spoke in the Arturo Rosenblueth Auditorium, named after Cinvestav’s founder. We reconvened a few hours later to inaugurate the 1st Latin American Workshop and Conference on Systems Biology organized by my departmental colleague Marcos Nahmad. Marcos opened the meeting mentioning Rosenblueth’s 1946 milestone work (with co-author Norbert Wiener) entitled “The mathematical formulation of the problem of conduction of impulses in a network of connected excitable elements, specifically in cardiac muscle“, trigerring the inaugural lecturer, Arthur Lander, to talk about the renacimiento of systems biology in Latin America. Our present director, José Mustre de León, welcomed the meeting’s participants explaining that the connection of mathematics, physics, engineering with physiology was precisely the context of our institution’s birth.

I’ll spare other details – receiving institutional support to perform X-ray fluorescence imaging experiments at the SLAC National Accelerator Laborotary of Stanford University; confirming that we successfully helped colleagues determine whether a virus had injected its DNA into bacteria by monitoring potassium efflux thanks to our newly-acquired ICP-OES; and printing posters for the meeting, one by our undergraduate lab member Isabel Santos and a second with data I have collected during the past six months during which I have been able to return to the bench for my own experiments – but my hope is, Susana, that the work of us, many here in Mexico, for the betterment of humanity  gives reason to breathe with more optimism in face of undoubted adversities.