“The Tribunal’s Decision on the Application for Reconsideration

21.              The Claimant applied for a review.  The ET refused that application because there was no reasonable prospect of the decision being varied or revoked.  The application had been based on a “new finding of fact” in the decision of a different ET in a different case.  The ET held that the new evidence would not probably have had an important influence on the outcome.  That is not challenged on this appeal.”

Reading the above one may ask: what was the “new finding of fact”? And how come the ET [Employment Tribunal] held that the new evidence would not probably have had an important influence on the outcome? I pause to consider this issue. It relates to the failure of QMUL to enact its redeployment procedure as required by employment law in a redundancy situation.

One issue for determination had been “whether the procedures about redeployment had been followed” (EAT para 4). The Employment Tribunal’s findings with respect to these (EAT para 16) were

“The ET also recorded that the Claimant did not appear to take much interest in redeployment initially but went to a short meeting about it when the system had been explained to him.  The Respondent looked into redeployment nonetheless but could find no suitable posts.”

If there were no suitable posts, then of course Queen Mary is acting reasonably. However:

“The Claimant later applied, unsuccessfully, for a post for which he was not shortlisted.  He was told that this was because he did not have the necessary experience.  His argument was that he could have been trained for this post, but the Respondent’s case was that it needed someone who could ‘hit the ground running’.”

Here the ET is either not reading the redeployment procedure or it is failing to be fair. Queen Mary has agreed to provide training for employees whose position has been made redundant, but who are otherwise capable of picking up another job. Also, Universities plan their positions, so how come this one was not identified as suitable alternative employment?

“The Claimant at that stage applied for no other posts.  He identified no posts other than the ECR posts.”

Note again the problems of logic. If there were other posts, then Queen Mary was failing in its duty to inform Babis. And then, what does “at that stage” mean? The next we learn is that

“Later on he applied for two posts for Lecturers in Biomedical Sciences; he was not short-listed.  He asked for feedback but received none.”

Again, on top of all the previous arguments that can be repeated here, the ET is also disregarding that part of the obligations agreed by the College is to provide feedback to applications during the redeployment procedure. If the College fails to comply with its procedures this makes the treatment of staff unfair and destroys confidence and trust. Also, more positions available for redeployment popping up like mushrooms… but the ET was unimpressed.

“He applied in June 2013 for a post as a Senior Lecturer in Neuroscience; he was not successful.  The ET did not receive any evidence that he had received any feedback in relation to that application either.”

All of this was known to the ET and yet it managed to look the other way.

The “new finding of fact” was from Dr Rachel Ashworth, witness in support of my claim, who testified as follows:

“In relation to my own case, events lead me to believe that the restructuring process was not being conducted in a fair or transparent manner, there was no true redundancy situation and deployment procedures were not implemented according to QMUL policy

I was the only Lecturer in Physiology within SBCS at the time of the restructuring. Despite presenting a case, I was recommended for redundancy. In July 2012 I applied for a lectureship post (Physiology) within the School of Medicine and Dentistry at QMUL, via an externally advertised website (jobs.ac.uk). Having applied and been selected for interview, I contacted HR and informed them that the position I had applied for should be flagged as a possible redeployment opportunity. I attended a competitive interview and was offered the post. In addition and without my knowledge a “Lectureship in Physiology and Developmental Biology” in SBCS was also advertised in the national press whilst I was still employed within the department and prior to my redeployment in the School of Medicine and Dentistry. I was asked to train incoming staff for the new post in SBCS, as they would be teaching on the courses that I had up to that point organised. Further the Head of School had insisted that I take on teaching for the coming year, running research projects for 3rd year undergraduate students. I declined to do both of these activities. These requests indicated to me that my position was not redundant and that my expertise was still required.”

Something seems very wrong with the application of justice, it seems to me. Let us follow the Judge’s conclusions:

“The first question is whether the evidence probably would have had an important influence on the result of the case. We accept there is a possibility of this… in any event, it can be argued that the position should have been ring-fenced for SMD staff and drawn to the Claimant’s attention.”

“We have reminded ourselves however that a possibility is not the same as a probability… we do not find that the new evidence would probably have an important influence on the case. Our reasons for this are, firstly, that the possible overlap between the Claimant being given notice of dismissal and Dr Ashworth being offered her current post is short: the job offer to Dr Ashworth was made no later than 23 August, whilst the claimant was given notice on 10 August. This was the period the claimant did not engage with redeployment.”

If I may intersect, it was also the period that “the Respondent looked into redeployment nonetheless but could find no suitable posts”, but the Judge takes the following view:

“Additionally we consider that it would not necessarily have been unreasonable to discount this post as one available for redeployment given that the competition for it closed at the end of June and a selection had been made favouring someone else who would otherise have been made redundant. So in summary, whilst we can see the possibility of the new evidence having some influence on the outcome of the hearing, we are not satisfied that it meets the probable threshold.” 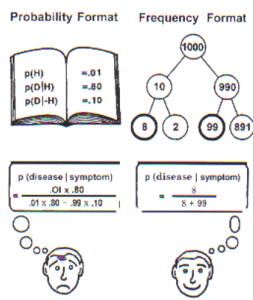 The judge also said that the information for the post had been there for Babis to discover and criticised him for lack of reasonable diligence: being signed off with stress for having been told that he was at risk of redundancy was not an issue in the Judge’s reflections but reminds us of the present state of affairs in the UK academy and the country’s blatant disrespect to its signature of the UNESCO recommendation concerning the Status of Higher-Education Teaching Personnel.