Wolfgang Nitschke and Michael J. Russell have proposed a race to beat the acetyl coenzyme A-pathway to the origin of life. I see no alternative stance to the one they hold assuming a continuity of biology from its begginings to the present day. Their considerations of how a primordial metabolism could arise on the Hadean planet are the best treatment of the subject known to me. No mystery how to “hydrogenate carbon” – Michael’s reduction of life’s primary activity on the planet – and arrive from carbon dioxide and hydrogen (with the help of metals of course!) to acetate or formamide.

In my teaching of molecular biology, I have encountered difficulty to account for the complexity of the process by which messenger RNA is translated into proteins, in particular how it all came to be. To my knowledge, no forms of life exist that do not depend on the translational machinery (directly or indirectly as is the case for viruses). Yet, theories of how the genetic code originated and evolved remain scarce. One approach is looking at phylogenetically ancient processes to deduce what was there first. As an example, see a recent opinion by Derek and Gustavo Caetano Anollés (from the Max-Planck-Institut für Evolutionsbiologie and the University of Illinois at Urbana-Champaign, respectively) “Piecemeal Buildup of the Genetic Code, Ribosomes, and Genomes from Primordial tRNA Building Blocks“.

I am happy to learn that the tRNA synthetases are older than ribosomal proteins – it always made more sense to imagine that the entity that covalently joins RNA to the building blocks of the protein is the likeliest site where it all began. Here, I would like to add to the “informed” reverse approach of phylogenetic analysis the “intuitive” forward approach (i.e. imagining how it could all come about and looking for consistency of the hypotheses put forward).

In 1972, Hiroshi Yamada and Toshihiko Okamoto described a one step synthesis of the purine ring from formamide. Intriguingly, if this reaction takes place in the presence of hydrogen cyanide the result is adenine (an extra amino group, the cyanide being a nitrogen donor), whereas in the presence of water the reaction leads to guanine, which also has an oxygen atom from the water (Figure 1). I further ask: should we also look for a connection between the synthesis of the purines and amino acids in the primitive metabolism?  What if in the early steps of the process there were only purines and no pyrimidines? After all, the pyrimidines could arise later “assisted” by hydrogen bonding complementarity. (I borrow the “piecemeal buildup” from Derek and Gustavo, using it in a different context in this thought exercise.) 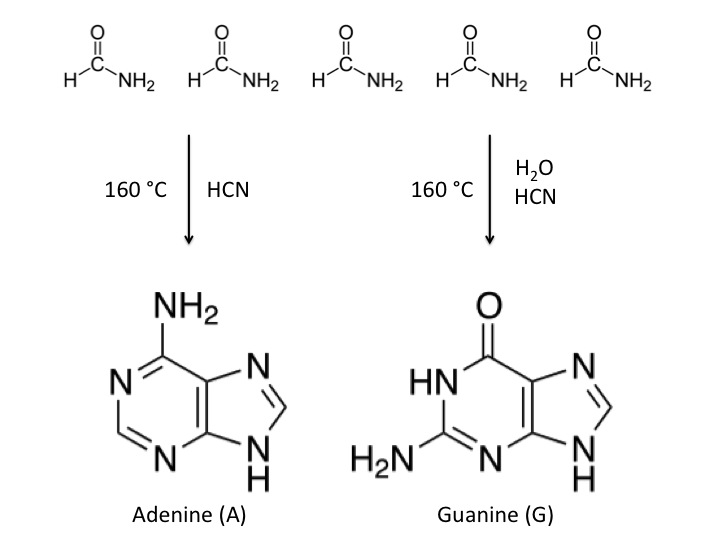 FIGURE 1 – a plausible synthesis of purines in the absence of enzymes.

Let us look at the present genetic code, using only the purines. There would only be four possible combinations of the two first positions of the triplet (Figure 2). Something curious arises: (if others have noticed before, please provide the correct credit in the comments section here)

FIGURE 2 – a reduced genetic code (thought experiment). Note: i) oxygen brings negative charges to the amino-acid encoded by the base that requires oxygen during its formation; ii) nitrogen alone in the side chain (or in the base) connects with the positively-charged amino acids; iii) the simplest amino acid is present in this collection; iv) the appearance of the pyrimidines and the more complex aminoacids might emerge at a later point; v) no hydrophobic amino-acids, perhaps membranes are not there yet.

When adenine is the first base, lysine and arginine – both amino acids with an amino group – are encoded. In contrast, one of the amino acids when guanine is the first base is glutamic acid – it has two oxygen atoms instead! The second amino acid with guanine first is the simplest of all, glycine. Not only is there a connection between a base that may have required a nitrogen donor with the amino acids that also contain extra nitrogen, but there is also, as a consequence, a set of positively charged amino acids associated with this one base and contrasting the opposite base (guanine) that required oxygen and encodes for an amino acid with oxygen and a negative charge (and a second one, which is simple and polar). What charmed me with this idea, is that these four amino acids are relatively simple and might be at the beginning of it all.

3 thoughts on “Origin of the genetic code”